Two weeks ago, we kicked-off the VSAE Lustrum XI on a boat. That week was full of fun events. A report of the entire week will follow later, when the pictures have been edited and the memories are vague. Right now, we would like to explain the background of the Lustrum some more, with a desciption of the theme and the 55 years of VSAE history.

The year 1963 was a wonderful year. An exciting year. The year in which the Beatles had their first big moments, Martin Luther King delivered his “I have a dream” speech and the Russians sent the first woman to space. Famous people like Quentin Tarantino, Michael Jordan, Johnny Depp first opened their eyes that year, and the list goes on. It was also the year of the killing of US president John F. Kennedy and the founding of the VSAE.

And it’s this that brings us all together 55 years after that memorable moment. To celebrate the anniversary of the VSAE we decided to tell you something about it’s origin. We’re no historians, but we tried our best to uncover the untold tale of the association you all think you know. Some of it relies on stories told on from generation on generation and might not be completely correct.

As you now all know we start telling our story in 1963. It was a cold spring evening when A.J. Thomas, R.J. Kloek, H.G. van Doorne, A.M. de Mey and A. Rutgers walked out of the Roeterseiland Library Learning Centre and past the Krater. Tired of their Econometrics 1 assignments and complaining about a lack of togetherness of their colleagues in the Actuarial Sciences and Econometrics programme. While drinking a beer at The Roeter they looked at other associations and decided that this could no longer go on. They would be the ones to found the base of what is now the warmest and most exciting study associating of The Netherlands. Years passed but getting a group of people to unite appeared harder than thought. The number of activities stayed low and the need to drink was not as present as these days. Study associations were meant for studying and even the yearly party at club Nyx wasn’t a big succes.

The VSAE experienced a steady growth. Sponsors were found and a partnership with the SEF ( Now SEFA ) created a bigger network. The opportunities for trips increased and businesses and banks were among the regular hosts of these excursions. The need for physical activities grew and sports and gaming events were starting to happen more frequently as well.The 1980’s were a heavy period. Thanks to the oil-crisis and the death of John Lennon the number of member decreased to an all-time minimum of 8 and the future of the VSAE looked dark and non-existing. This led to a change in policies. From now on the associating would be more money-focussed and a KvK account was opened. The change it brought would make the association an unstoppable force with hundreds of members and more money than it could possibly spend.

And the rest is history. 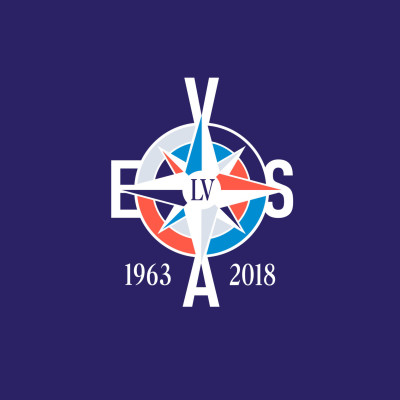 When celebrating a five year anniversary the term “Lustrum” may be applied. This Latin term originates from ancient Rome and found its way to our time through religion and tradition. Whilst we all know religion is not really one of the main focus points of the VSAE we all have a great appreciation for our beloved traditions, traditions that have kept the VSAE together, and have helped you all grow strong and great friendships that will last for the rest of your lives.

As you all may know a party is not complete without a theme, a theme great enough to bring a sense of structure and togetherness in a week of chaos and being lost. This year's theme will be a Dutch word. Koers. A powerful word with lots of different interpretations and a lot of meaning for the study association whose transition you all have been witnessing in recent times. The shift from Dutch to English, from theoretical to practical, with more members than ever and even more committees and events to make sure everybody is satisfied.

Let us explain why we know the word koers would be the perfect theme. In Dutch it stands for a game of speed. The high speed game you call studying. It is over before you know it and everybody wants to win. Sooner rather than later it will be over and we will make sure you will have a wonderful time to look back on. Koers also refers to the way the stock market moves. We do not think we need to explain why we have added that interpretation.  But the most important translation is course, the direction you are all going. Together or as an individual. Right now or after your years as an student at the University of Amsterdam. The VSAE will always be there to guide you, helping you with your course, and in return, you helping with hers.

That is why VSAE wants to thank you for your years of support for the association you all helped to form into the wonderful entity it has become. We are looking forward to seeing you all next May and toast to the good things that you have brought us.