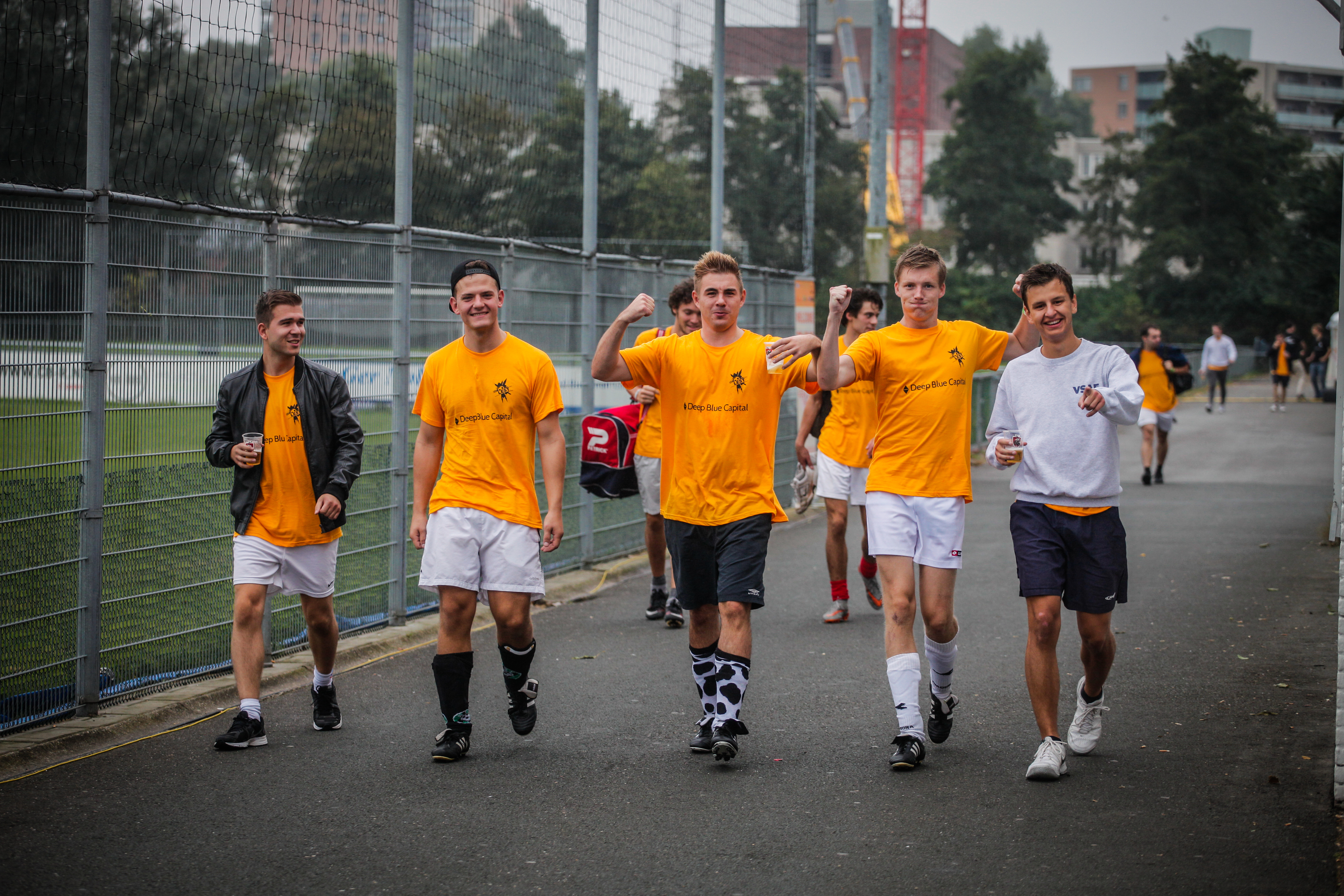 In 2016 the name of this sport tournament has changed: from LEVT (National Econometricians Soccer Tournament) to LEST. This year, besides the traditional soccer tournament, competitive and recreational, a Sports & Games Pentathlon was organised. Part of this were bubble soccer, archery tag, horse race, dodgeball and a sweeper. The LEST is always finished with a delicious barbecue and last year even with a great party!

The history of the VSAE at the LEVT/LEST is very succesful. In 2011, the tournament was won by the VSAE. The victory of the talented soccer players of FLEX was well deserved. At the LEVT 2012 they tried to prolong their position, but unfortunately FLEX lost during a series of penalties in the semi finals. Luckily, De Amsterdamsche Godenzonen (with a lot of FLEX players) showed the fantastic soccer skills of the VSAE during the LEVT 2013 and this resulted in a tight victory over Kraket in the finals, whereupon the trophy was taken to Amsterdam again. The same year, the VSAE also won the Deloitte Penaltycup, which meant that all cups were in hands of the VSAE! In 2014 and 2015 the VSAE defended their title succesfully. In 2016, the VSAE went to the LEST without their talented team of De Amsterdamsche Godenzonen, but luckily Team Marlboro Gold stood up and took it as their responsibility to take the trophy of the recreational pool to Amsterdam. In 2017, the team called De winnaars van vorig jaar ('last year's champions') won the Sports and Games pentathlon. With six titles in last seven editions, you can definitely say that the most talented Econometric sportsmen are VSAE members!

Take a look at the website of the LEST for more information.