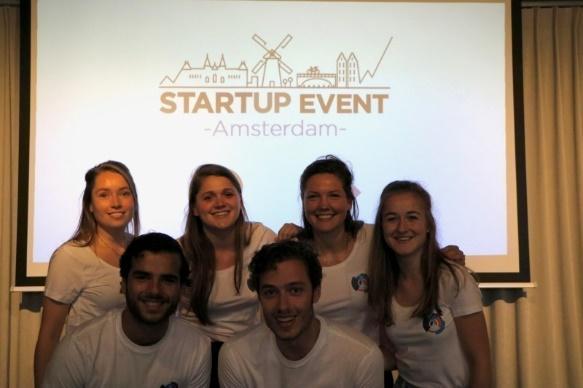 On Friday 8th of June, the Startup committee invited all VSAE members to their latest edition at the start-up hub TQ. At this wonderful venue in the heart of Amsterdam, six diverse companies got the opportunity to pitch themselves and their ideas for about five minutes in short presentations. The companies VBadvisory, Pipple, Scribbr, Adgoji, Indatables and Building Blocks were there. They all did a great job in presenting themselves and their daily activities, as well as in explaining what they are looking for in potential new employees. After a small break, all attending members were split into smaller groups and took turns having speed dates with the start-ups, and getting a tour of the location. During this tour, we even got to look at the offices of Scribbr, that are by chance located in TQ. These speed dates were a nice way of getting to know these companies and their ideas, and gave us an idea about what makes working in a startup such a pleasant and challenging experience.  To conclude the evening, we were able to enjoy the weather with some drinks and a nice barbecue. This was also a less formal way of getting to talk to the start-up employees. 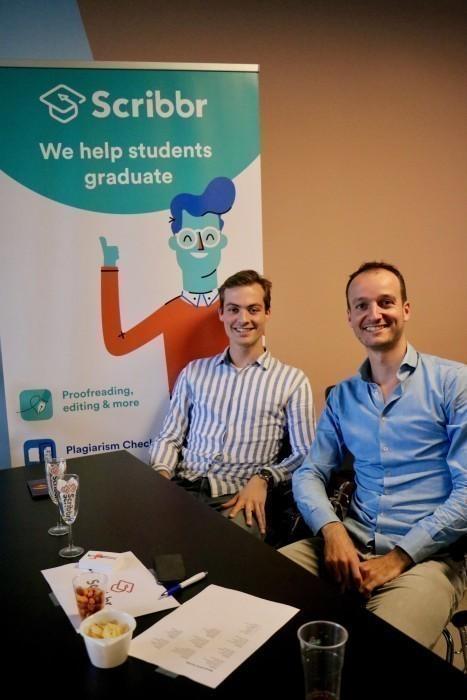 Even though it was my first time attending this event, from what I understand from others, the committee did a great job in giving a pleasant twist to the event compared to previous editions and for this I would like to thank them. It was a nice setting for getting to know these new companies with bright futures.

This year’s Start-Up Event was the third time the event was held. For the VSAE, this is a fairly new concept, so we were granted quite some freedom to think of new and creative ways to get students and startups together. Starting in January, the committee got off to a good start when meeting each other. Caitlin, Eefje, Marije, Ramon, Teska (Stefan at the time) and I had a good connection from the beginning, so the future was looking bright! It was also very clear what had to be done before June, because the timeline from last year’s event was so neat, and because I remembered from when I was in the committee. 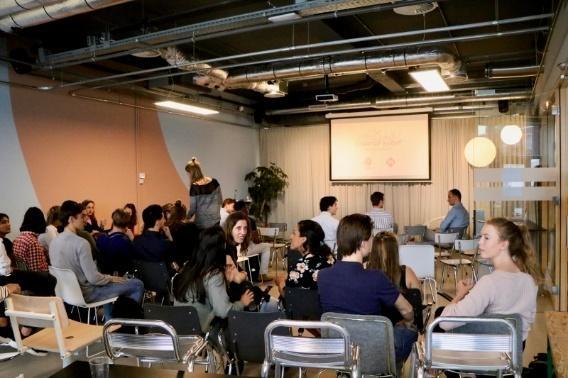 Firstly, we had a few brainstorming sessions before deciding on the structure of the event. Eventually, we decided on having three rounds, in the timeframe between 16:00 and 21:00. The first round consisted of pitches from the startups. Each startup gave an interesting look into their concept and (in some cases even) ideology. Very interesting stuff, because the students were full of questions afterwards. Naturally, the second round was the ‘speed-dating round’. Each startup was placed at a table, and the students were split up in groups of four, in which they had a few minutes to ask their questions. Some people were a tad nervous for this one, but we quickly learned that it was a smart move to gently force the incitement of conversations. These talks were short enough to make someone forget a possible awkward conversation, and long enough to get to know each other better. We found that most conversations ended up being more personal and less of a recruitment-type story than we expected. I guess that some people really did find love at these speed-dates after all... 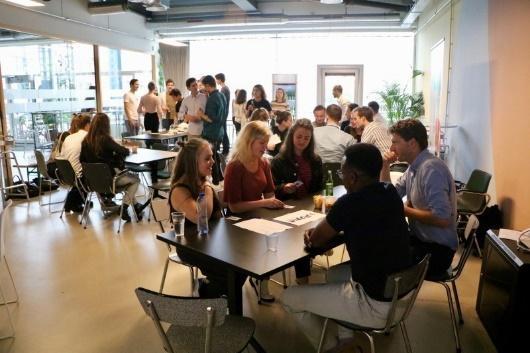 Eventually, everyone had speed dated with each other, the clock turned to 7 o’clock and the barbecue was ignited on the balcony. Everyone enjoyed their meal and a few drinks, and stayed until they wanted.

Over the course of five months, we put a lot of time working on and thinking about the event. However, our job would’ve been a lot harder, if it wasn’t for the likes of a few parties that we must thank: Zakaria El Harrak, for his network, creative ideas and willingness to help; Startup-Hub TQ, for letting us host there, which gave the event a more professional image; and finally to all startups and students that were present, who were both interesting and interested. Am I forgetting someone..? Yes of course! Thanks to Philip and Reinier for working the barbecue. I had a lot of fun organising the event, and I would recommend every VSAE’er to consider organising it next year! 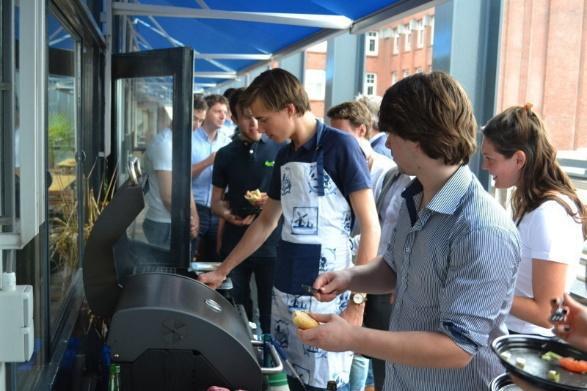