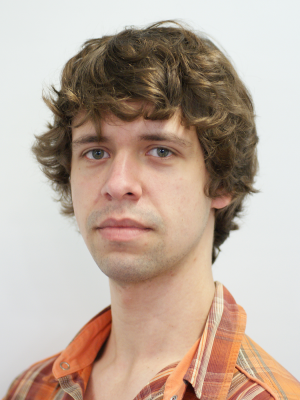 An interview with Jan Sviták, econometrician at the ACM

The Netherlands Authority for Consumers and Markets (ACM) contributes to realizing a healthy economy by ensuring that markets work well for people and businesses. When markets function well, businesses compete fairly with one another, and people and businesses are not harmed by unfair practices. We got the chance to ask Jan Sviták, econometrician at the ACM, a few question regarding his role in realizing our healthy economy.

First of all, can you tell us a little bit about yourself? Where are you from, and how did you get here?
My name is Jan Sviták and I am currently working as an econometrician at the Office of the Chief Economist of the Netherlands Authority for Consumers and Markets (ACM). 28 Years ago, I was born in the Czech Republic. After high school I started my student career studying Economics at the Charles University in Prague. In comparison to other Bachelor’s programs in the field of economics, this one was very mathematical. Also, it was advertised as a modern program according to the western standard.
I had always liked the idea of studying abroad, only the costs had been an issue. Hence, when I found out through friends that a Master’s in the Netherlands would only take one year and the tuition  fees weren’t as high as in some other countries, I got excited. One year seemed doable if I would be able to get a job on the side. That is how I ended up at the University of Amsterdam, where I did a Master’s in Econometrics, graduating in 2014. I actually joined VSAE as well! I was not quite an active member though. I was already somewhat older and there were not many international students at the time.

Before you started at the ACM, you were also employed by the Netherlands Bureau for Economic Policy Analysis (Centraal Planbureau), right?
Yes. After my Master’s I started looking around. I wanted to gain some work experience and the Bureau offered an econometric oriented traineeship. It gave me the chance to contribute to a project on store vacancy, about which we eventually even published a discussion paper. The project grew larger and larger, leading to me getting a job at the Bureau as well. Later, my manager at the time alerted me to a vacancy at the ACM. They were looking for an econometrician. I called, and got hired.

An econometrician?
Yes, I am part of the Office of the Chief Economist, which comprises a fairly small team, I am the only econometrician (by job title). We offer support to all other departments within the ACM, mostly in the form of advice or reviews of their cases. Especially when the cases involve a lot of data or complex economic problems, they come to us.
Since we support all different departments, the work never gets boring. My work involves mergers, but also cartels, vertical agreements or abuse of market power in many different markets. Recently, I have been involved with the case of the bankruptcy of the Slotervaart Hospital, for example.

And what exactly do you do as an econometrician?
As I said, every project is different. Sometimes it is more juridical, sometimes it is more economic and/or scientific. We also do market studies. If I think of an interesting topic for scientific research, I can usually actually work on it too if it’s relevant for competition enforcement. Two years ago we researched the effect of parity clauses on prices of booking websites, like Booking.com or Expedia. This actually was a co-operation involving the European Commission and other countries as well. We conducted empirical research, estimating a difference-in-difference-model. In some countries, action was taken against certain clauses, while in other countries these were tolerated by the enforcers. Hence, there was some variation between countries. With our model, we tried to estimate the effect of the clauses on the capability of hotels to differentiate their prices between different channels.

To what extend are you involved in the final decision?
The final decision is always made by the directors and the board, but the advice plays a big role of course. In that way my influence is basically as big as that of any other employee contributing to a case.

Since your advice is so important, have you ever been to court to make a statement?
I have never been to the court house to make a statement, but I can imagine this being important for certain cases. For instance, when the data is very decisive and needs to be explained clearly. All I have done so far is explaining and elaborating on the analysis to my colleagues of the legal department, who then go to court. The analysis need not to be over complicated, however, since the judge needs to understand it well in order to be convinced by our arguments. I am never a fan of over complicating things.

Has the ACM ever had a legal case against some department of the government? If so, how do you handle the conflict of interest caused by the ties to the Ministry of Economic Affairs?
Operationally, we are an independent authority, so we will not let the relation with the Ministry affect our research or decisions. Cases against parts of the government might sometimes be unpopular and people can express their disagreement, but we don’t shy away from such cases. One example is when we fined NS for abuse of market power in a tender in Limburg. The shares of NS are owned by the state and so the public might see it as the state fining itself.

Another example is that of a local government offering cheap parking in a region with paid parking garages. We cannot allow this, but the public might be wondering why they would not get cheap
parking. What’s typically important in these cases is that a party is using an unfair advantage and thereby harming competition, which in the long run has adverse effects on the outcomes for
consumers.

Since we talked about the important role you play in the final decision, how do you prevent judgement bias? And to what extend is your work checked by colleagues?
My work is always checked by other economists with a quantitative background. There actually is a new econometrician coming in as well, which is very convenient for these checks, especially when I want to use more advanced methods.
When it comes to the bias, I think you just have to be alert at all times. Also, my scientific background comes into play. Work from objectivity. Start with a position in which you do not take the suspicion into account and then look whether you can find statistically significant evidence to prove that the suspicion can be justified.

You mentioned your scientific background and its importance in your current job. Do you see yourself as a scientist, or more as a ACM-employee?
Well, I strongly believe in the coherence of the two. In practice there is often quite a big gap between the two, but I would like to see that differently. In my current job a can do both scientific research and more practical projects. On scientifically oriented congresses I can show insights from practice and in practice I can offer a scientific look. Both worlds can teach each other a lot.
I am currently doing a PhD at Tilburg University and, whenever I give a presentation with practical insights from the ACM, the academics are very interested, because those insights are often hard to get outside of the enforcement practice. On the other hand, academic research can inform decisions of the authorities and help them improve their methodologies.

So you are also doing a PhD. Has this resulted from something you found during your work for the ACM?
Yes. A lot of what we do is market research and sometimes we find things that are scientifically very interesting. By doing a PhD I also enable myself to lift my findings here to a higher scientific level, and hopefully to publish them as well. In that way, I can influence competition enforcement globally. Contribution to science is very important to me, it is an ambition of mine.

In what way does the ACM enable you to do your PhD?
The ACM allows me to work a full day on my research every week. Also because my topic is very closely related to the work I do for ACM.

Would you like to be an academic in the future?
As I mentioned before, I like the combination of practical and theoretical. If my manager here would not allow me to do any scientific research anymore, I would miss it for sure, but the opposite holds as well. If I would become an academic, I would miss the more practical aspect. What is nice about a scientific publication is how it can potentially have an impact worldwide. However, this impact is also unsure, as you never know if anybody will ever use your findings. In practice at ACM I certainly can have a lot of impact, but it is on a smaller scale. After finishing my PhD, I would like to be tied to a university and do some research part time. I prefer not to make a choice between science and practice.

Okay, back to the ACM. How do you like working for an authority?
What I love about the job is that everything I do is for the sake of the welfare of society. My job is judging and forming an opinion based on facts. It is very much like scientific research, and I like that. Always being objective and looking for an optimal solution.

Have you never considered the business life?
During my studies I actually never thought I would work for an authority. At the time it was not much of a conscious choice, but what I hear from friends and colleagues working at companies like consultancy firms, is that they can be limited in their freedom a bit more. They are told what they have to research and sometimes they even have to work towards some preferred outcome.
In lawsuits we often go up against corporate businesses with consultants who have to find arguments in favor of the case they are trying to make. Our work is merely based on facts without a pre-determined outcome. Fining a company is never our initial goal, so if we try to do so, we have strong arguments. Also, at the ACM, I can work on my own research and form my own story. This kind of freedom is not something you easily get in the business life. Although, I feel like companies are increasingly moving in that direction with data scientist jobs. Some freedom to pursue own projects can help spur new ideas and innovations.

You said you never thought of working at an authority during your studies. Was this due to a lack of information?
For sure. The image I got of jobs at organizations like the ACM was very distorted. I thought the ACM was very legally oriented and not at all that interesting for an econometrician. During your studies you can partake in all sorts of career engaged events, but these are mainly formed around corporate businesses. My advice to the ACM and organizations alike would be to get involved with students a lot more and provide them with insights in what they do. In the end, it is very different from the business life. There are also a lot of students out there, who are not interested in huge amounts of
money, but appreciate some more freedom, interesting workload and working for the greater good.