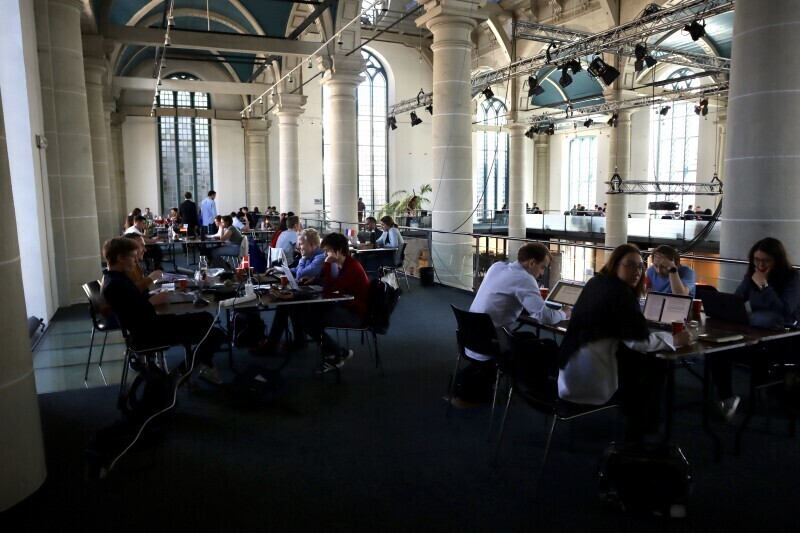 Last month the “Econometric Game” took place in Amsterdam from the 20th till the 22nd of April, during which the brightest minds in the field of econometrics from all over the world were battling it out to be known as the best econometricians in the world. After the time was up, the jury decided the winners:

Unfortunately we were not able to speak to the participants from the university of Lausanne, however this is what the teams of Toronto and Warsaw had to say.

What made you decide to participate in the econometric game?

Some of us were at the Games last year and had fun solving the case. This year we have combined a team of people that knew each other, so the marginal willingness to participate in the Games was maximized. Also the city of Amsterdam is unique and we love to come here and go sightseeing.

What is the most memorable part of this event?

The moment when we were so sure that we would be able to go on a boat trip and we heard that we had made it to the second round.

Do you have tips for future participants?

Focus on having fun, while doing what you like, instead of trying hard to win - it's the recipe to success.

Can you tell us something about the assignment?

This year's cases were focused on the currently hot topic of inflation, in particular a Phillips curve estimation in the first round and analysis of demand and supply shocks influence on inflation in the final. We combined our macroeconomic knowledge of the New Keynesian models with the modern econometric and machine learning methods to estimate multiple variants of the Phillips curve as well as Bayesian DSGE models of the New Keynesian economic model.

How was the atmosphere with the other competing teams?

You can feel the competition atmosphere during case solving, but when everyone is awaiting the results you can clearly see that everyone is friendly and just wants to hang out.

We had a cozy evening at our apartment, trying to push forward with writing the paper, but we gave up early in the night.

Would you participate again?

What made you decide to participate in the econometric game?

It's exciting to be part of a competition like this. We all like working on econometrics in Toronto – we figured we would like working on it in Amsterdam, too. Also didn’t want to miss the chance to travel to Amsterdam and eat fresh stroopwafels.

What is the most memorable part of this event?

Getting to know each other better, learning a lot of new things as well as meeting people from other universities who are as interested in econometrics as we are!

Do you have tips for future participants?

Don't hesitate to use a lot of your time doing research, the paper can come together pretty quickly. It seems the game is more about learning a new technique in a limited time than applying what you already know, so don’t be afraid to think outside of the box!

Can you tell us something about the assignment?

It was a very macro-ish topic, which we weren't excited about, but it turned out to be a great opportunity to look at a fresh problem and try out new methods. Inflation is the topic of the day, and it was interesting to learn about the identification challenges that are present in this area.

How was the atmosphere with the other competing teams?

The other teams were very nice and it was fun competing against them. It was nice to get to know people from other countries.

We were somewhat lost the first night, we were fully expecting to do badly so we weren't stressed about it. But we were able to make up for it the next day, getting into the top 10 was a surprise, but the risks we took paid off.

Would you participate again?

We definitely would, it was a great experience!