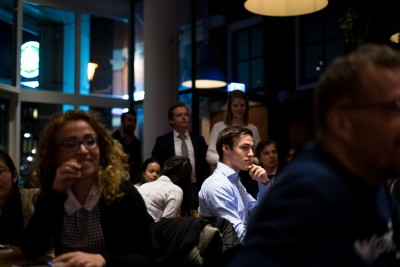 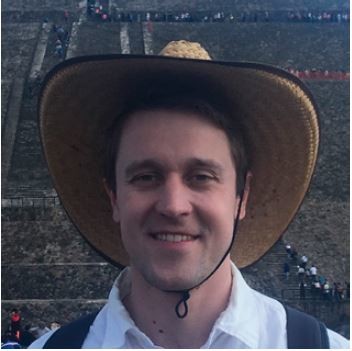 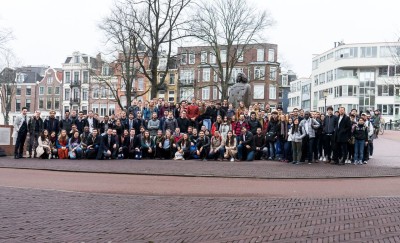 Gregor Schubert is a PhD student at Harvard who has now participated twice in the Econometric Game. After winning last year, he now came in second with his team from Harvard. We asked him a few questions shortly after the jury announced the winners.

Q: For starters, could you tell me a bit about yourself (i.e. hobbies, academic background,…)?
I’m currently a second year PhD student at Harvard. My academic interests are mostly labour economics and corporate finance. Furthermore, I am working on a couple of papers on monopsony in the labour market and the influence of migration on housing prices. My hobbies include squash, which has a very active ladder within the Harvard economics department. I started working on this PhD after a couple of years of working in consulting and deciding I wanted to work as an academic.

Q: Why did you decide to participate in the Econometric Game?
Last year, I first decided to participate because the previous participants who I talked to said it was an awesome event and that it was a lot of fun. On top of that, it sounded like an interesting way to get some exposure to certain areas of applied econometrics which I knew little about. It also sounded like a nice way to come to Amsterdam and have a good time.

Q: Is the Econometric Game a well-known event at your university?
Yes, there is a big selection process every year to pick people for the team and its well communicated throughout the department when the event starts and how the team does, keeping everyone informed.

Q: What was the selection process like for you personally?
Last year it mostly existed out of interviews with people who had been on the team before and knew what it was like and what skills would be required, and then selection of the final team with the faculty member who gets involved. This year, because of my previous participation, I was sort of automatically on the team.

Q: What do you think of the setting of the event (i.e. Amsterdam, Zuiderkerk, Kriterion,…)?
It’s great! It’s probably the best city in the world to have it in. Having the event here is a great bonus, in addition to being able to compete we get to come to Amsterdam. It is certainly one of the perks of the event, getting to come to a great city.

Q: What is your opinion of the organizational structure of the event?
I think it is quite well done, it is actually impressive how these young bachelor and master students are able to pull off such a large event with such large international coverage and influence.

Q: What did you think of the case this year?
I thought the case this year was really interesting. They tend to do a good job with picking cases that are both interesting but also specific enough that none of the participants are going to have a lot of experience in the field. This means it is almost new to everyone involved, resulting in competition that feels fair. It was an interesting experience trying to do something completely novel rather than simply applying something that you have already done before.

Q: How did it go this year for you and your team? What went well and what could have gone better?
What went well is that we worked together as a team, and made decisions collectively in terms of what we should be doing. Things that we could improve on, to be fair I think we did pretty well in coming second place so there is probably not that much to improve, but I think that understanding the data better and maybe investing some time up front in terms of what data cleaning is useful and what is a waste of time could have gone better.

Q: You obviously won last year’s event, what was that like?
It was great to win, but I suppose I did not really expect it. In the same way it was unexpected for me that we did well this year. Participants only see their own case, and what they have written, so it is really hard to tell how well other teams are doing. This always makes the outcome exciting and surprising.

Q: Was it really that unexpected this year, considering Harvard’s reputation and the fact that they won in 2016 and 2017?
Yes it was. At the end of the day, we interpret the question a certain way and do something which could be totally wrong, or a great idea. It’s always a risk that we have to take.

Q: Would you recommend participating to other students?
Yes, I definitely would recommend it. It is a great event.

Q: Do you think it would be interesting to have similar event on bachelor level?
I think that would be a great idea, especially given that most of the exposure of bachelor students to econometrics is very theoretical and very much focussed on theoretical results. They usually don’t get so much exposure to applied work, which is, for me, where it really gets interesting. Giving them a chance to use the theorems they have learned in practice by writing an essay and working with a data set would be an interesting way to supplement their studies.

Q: Is this what you personally enjoy most about the Econometric Game?
Yes, I really like how it takes one out of their comfort zone in terms of the academics. It includes working in a field where you probably  have not had exposure to yet.

Q: What did you think was the most challenging element of the event this year?
The data set was quite complex in terms of both the time structure and the consistency of questions in the survey that were asked over time and to what extend the data was comparable over years. This meant it took quite some time to understand what the data quality was and which variables were reliable and could be used over the years. This obviously influenced what methods we could apply, so as a result it was not initially obvious what we could do with the data.

Q: Having participated last year and this year, how do you think the events compared and do you think it will continue to grow?
There was not a big difference between the two years that I participated, this year’s organisation seemed just as smooth as last years. It seems to function quite well. The biggest difference for me was the interaction between the jury and the participants was a bit more this year. Last year, we did not really know who they were and there was not a lot of social interaction whereas this year the jury came out and interacted with the participants a lot more. I’m hoping the event will continue the same way.

Q: Lastly, how will you be celebrating your second place?
We will go out and have a drink together as a team,  let our department know as they probably would like to celebrate too, and dance and party with the other participants. 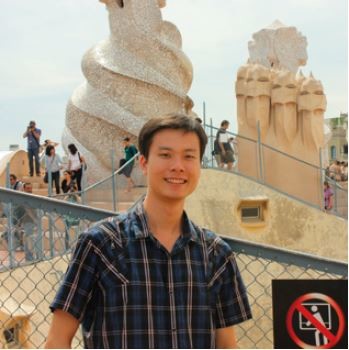 Yuhao LI is a 5th year PhD student at the University Carlos III Madrid. He helped his team to win this years edition of The Econometric Game, making them the world champions of econometrics. We were able to ask him a few short  questions during the closing ceremony.

Q: How do you feel after winning the econometric game 2018?
I feel pretty excited, we faced very strong competitors but, somehow, we are here and ended up winning! So I am definitely very happy and feel privileged.

Q: How will you be celebrating your victory tonight?
I think I might fall asleep, after spending way too many hours working!